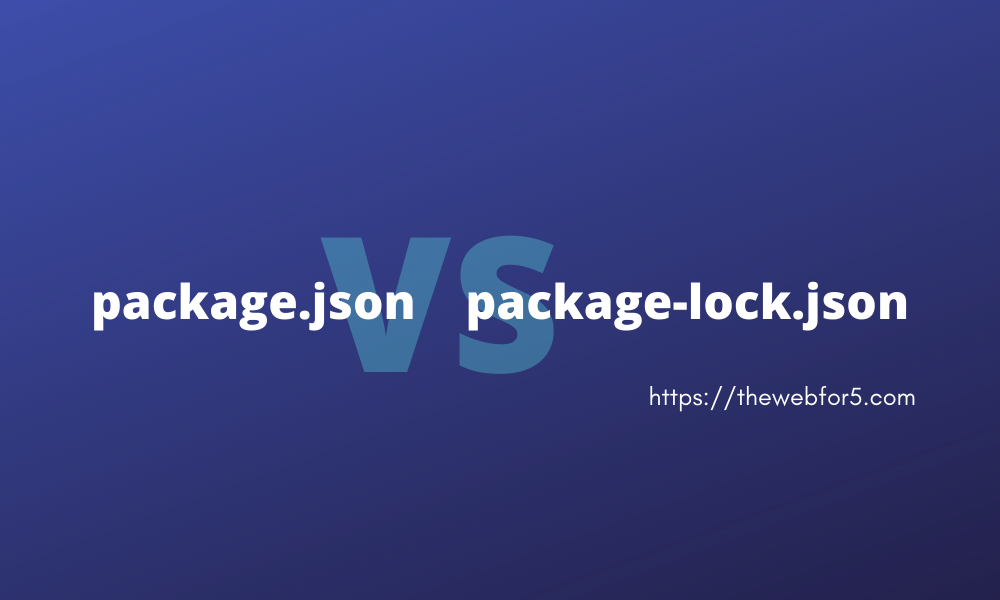 package.json and package-lock.json are two very common files you'll find in most packages.

In this article, we'd answer all the questions above.

Let's look at a few of those properties.

You'd also notice the caret symbol (^) used in front of the dependencies' version numbers. This symbol signifies to npm that higher major versions of this package can be installed.

When you install a package with npm like this:

The package would be saved in package.json's dependencies object with a value of '^

Let's say you pushed that project to a repository and cloned it on another system. When you run npm install on that other system, with the symbol there, npm would check if there is a higher major version, and if there is, that version is installed.

This feature comes with a good and a bad side effect.

Ok, the bad side is that latest versions may contain bugs or may contain incompatible codes for your codebase. npm released the package-lock.json file to solve this issue.

The common method of starting a package is npm init. After doing this, a package.json file is created. But when you install a package, you'd notice the package-lock.json file (usually very long) automatically created.

Here's a typical example of a package-lock.json file:

You'll find this file a bit similar to package.json - holding some information about your file, but there's more to it. Remember the caret symbol in package.json dependencies? You could manually remove that symbol when you install a dependency, but that would be stressful.

With package-lock.json, the versions of all dependencies your package would need are locked (-lock). This means when you run npm install on another system, npm checks this file to install the exact versions of the dependencies. If this file is absent, npm would then work with the caret symbol.

This means that you should also commit package-lock.json to your source control.

The major benefit of this file is that when your package is working perfectly (with all the dependencies used) on your system, you are sure that any attempt to install the package on another system would work exactly. It ensures similar dependencies in various environments where the package is being worked on.

Why is this file longer?

It doesn't only lock the version of the packages in the package.json. It locks all versions of the dependencies and sub dependencies (and sub, sub, sub) that your package would need. While package-json shows you express, package-lock.json would show you a dependency of express.

Some packages work effectively without this file despite the benefit it brings. However, these packages are prone to bugs (from new releases of their dependencies).

[Deleting the package-lock.json file] has also been a popular recommended solution to some errors. Several misconceptions lead to this solution. However, there are better solutions than deleting the lock file.

Your package can exist without package-lock.json but you should understand what you're doing, and you shouldn't create ease of management or contribution for 'as long as it works'.

Parameters, simply put, are variable names which are used to hold values which are passed when we call a function or a method. We pass in parameters w...

Functions are also objects - A simplified explanation with examples

Functions are objects in JavaScript which can be evoked and at the same time possess properties and methods. They are called first-class objects

The file input field in depth

The `file` input is used for retrieving files from users. All they have to do is click on the input, select a file, and submit the form. But, there's ...